I am sorry to inform you of the sad death of  Mr Adil al Tayar, a distinguished renal transplant surgeon and former member of the British Transplantation Society. Mr al Tayar worked at St Mary’s Hospital and at St George’s Hospital as well as several centres overseas. Abbas Ghazanfar has written an obituary which is attached to this message. 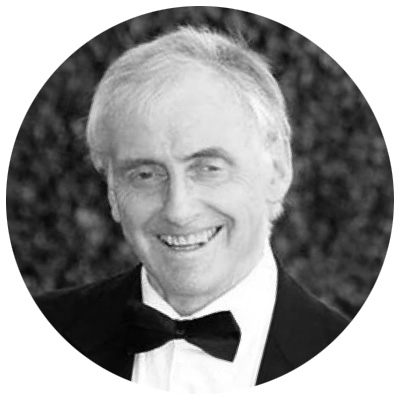 Sir Peter J Morris pays tribute to one of Oxford’s outstanding academic surgeons who brought great renown to the department in the field of pancreatic islet transplantation.

In 1976 I was interviewing several applicants for the post of Senior House Officer on the new Renal Transplant Unit of the Nuffield Department of Surgery (NDS) to replace Chris Khoo, the first SHO. One of the applicants was Derek Gray, a graduate of Leeds University, who had worked with the internationally renowned Professor of Surgery at Leeds, John Goligher as a House Surgeon. Derek gave a good interview as I recollect already stating that he wished to pursue a career in academic surgery, but I think what really clinched the post for him was the reference from Professor John Goligher –

“Derek was a first-class medical student and I was fortunate to have him as my House Surgeon.  He was the most outstanding House Surgeon that I had ever had”.

Derek took up this post and everything that John Goligher had said about him proved to be true. He was outstanding in the Transplant Unit and I should point out that in those early days there was just the SHO and the Professor! During this time, he raised with me the question of whether the treatment of acute rejection might be done equally well with less problems with two or three high doses of intravenous methylprednisolone. The norm in those days was to massively increase the oral steroid dose and then taper it off over the next month or so. Needless to say, this was not without complications. In any case arguably the first randomised control trial in organ transplantation was carried out and directed by Derek Gray. It showed convincingly that rejection was reversed in most cases quite rapidly by intravenous methylprednisolone but what was striking was that the complication rate was halved compared to the standard treatment with continuing large doses of oral prednisolone. This was published in Lancet in 1977 with the intriguing title given to it by Derek “The big shot or not?” This attracted enormous interest and within the next few years the standard treatment of acute rejection became intravenous boluses of methylprednisolone.

Following his time as an SHO, although he had expressed the wish to pursue academic surgery, I felt he needed a good grounding in general surgery and sent him to Gloucester to work under Dr. Mike Gear and his team. This was a very successful move and Derek then came back to the NDS after two years in Gloucester very well trained in general surgery. He had been awarded an MRC Training Fellowship in the NDS to pursue research in the field of pancreatic islet transplantation as he had been impressed with the work of Danny Finch and John Garvey who were the first Research Fellows in the Pancreatic Islet Research Programme that I had established after arriving in Oxford in 1974.  Derek did some very innovative experimental research projects with pancreatic islets in the rodent but he was desperately interested in trying to isolate islets from the human pancreas which had not been achieved at that date except in very crude proportions. After nearly a year at work he was successful in producing an exceptionally pure isolation of human pancreatic islets, the first time that this had been achieved. A few years later the first human islet transplant was performed in Oxford, the culmination of Derek’s work over many years. The techniques that he had developed were rapidly adapted by the other few Units in the world working on human pancreatic islet transplantation and automated particularly by Camillo Ricordi and his colleagues. For this reason alone, Derek can be regarded as one of the pioneers of human pancreatic islet transplantation.

Following his three years as an MRC Training Fellow, his outstanding thesis on Pancreatic Islet Transplantation resulted in the award of a Doctorate of Philosophy (DPhil). He was then appointed as a Clinical Lecturer in the NDS with a special interest in vascular surgery and renal transplantation. Later he was promoted to a Readership in surgery and then to a Professorship of Experimental Surgery. He rapidly established his own Pancreatic Islet Research Laboratory which was incredibly productive over many years. Sadly, in his mid-40’s he developed Parkinson’s disease which presented in one arm but this gradually forced him to stop operating. However, he kept doing transplant outpatient clinics, ably assisted by his wife Annie who took his dictation for him for the notes. The patients loved this team effort as Derek had been very popular with them. His main activity remained the running of the Pancreatic Islet Research Laboratory until Paul Johnson took that over but Derek continued to contribute ideas and supervision. Derek served as a Councillor and later Secretary of the International Pancreatic and Islet Transplant Association (IPITA). In recent years IPITA established the Derek Gray Distinguished Travelling Scholarship Award as recognition of all his contributions to the field and the Association.

Derek was an original thinker as illustrated by his development of a theory for the biological role of the major histocompatibility complex molecules which he termed MHC based suppression. None of us, I have to say were enthusiastic about this concept, but that was not to say it was wrong. He also developed a computerised timetabling system for Medical School teaching which gave students the opportunity to feedback their opinion of their last teaching session. To this he added the concept of notional credits for teaching so that it was possible to reward those teachers who delivered excellence. This system is used in several Medical Schools outside the UK, but again was an illustration of his original thinking.

Derek was a Fellow of Oriel College and there he taught gross anatomy to first year medical students as well as introducing computer-driven projection of dissectible anatomy, comparing and contrasting that with radiological images.

All in all, Derek was one of the outstanding young people that I have had the privilege to work with and it is so sad that his academic surgical career but not his research career was brought to an untimely end by his Parkinson’s disease.

He leaves behind two sons, James and Robert. His wife, Annie, who was an enormous support to Derek, sadly died of pancreatic cancer some years ago.

Thus again, we say goodbye to one of the NDS’s outstanding academic surgeons who brought great renown to the NDS in the field of pancreatic islet transplantation.

Alan Ting who was one of a number of outstanding scientists in the field of histocompatibility and a prominent member of the BTS in the past died suddenly in April 2017.

Alan Ting was born in Sydney Australia and after schooling he undertook an Honours degree in Zoology graduating BSc Hons. in 1964. He then moved to Melbourne to the Blood Transfusion laboratory of the Royal Melbourne Hospital with a view to doing research for a Master’s degree.

However, in 1967 Peter Morris returned from the USA to the University Department of Surgery to join the new renal transplant programme with the aim of establishing tissue typing and transplant immunology laboratories. Alan Ting then joined Morris as his first PhD student. He completed his PhD in 1972. His thesis dealt with technical aspects of tissue typing as well as studies of antibodies in renal transplantation. One important contribution with Ian McKenzie, John Stocker and Peter Morris was the first description of cytotoxic antibodies in man against pig and sheep lymphocytes which would be a critical hurdle in any future attempts at xenotransplantation. He was also involved in several anthropological studies of HLA in New Guinea and South-East Asia.

He then went to UCLA to do a postdoc with Paul Terasaki from 1973-75. Meanwhile Morris had moved to Oxford in 1974 as Nuffield Professor of Surgery with the aim of establishing a transplant programme as well as a tissue typing and transplant immunology laboratories. Ting joined him as a senior research officer in 1975 and was to spend the next 15 years in Oxford in what was to prove an incredibly productive time, reflected by his 87 publications in that period. These ranged from unravelling the importance of the cross match to HLA studies in several diseases. His most important contributions were the recognition that highly sensitised patients awaiting transplantation often had autolymphocytoxins which allowed many such patients, who had been excluded from transplantation, to be transplanted successfully, and the demonstration that matching for the newly described HLA-DR was more important than matching for HLA -A,B. In the 1980s the BTS appointed him as one of the “3 wise men” (with Ross Taylor, a surgeon, and Douglas Briggs, a nephrologist) who were charged with visiting all renal transplant units in the UK to see if there was a ready explanation for the large discrepancy in one year graft survival between units.

Alan Ting had a remarkable career and was loved by all who worked with him. In the late 1980s he met the love of his life, Helena, soon to be his wife (they were married in San Francisco in 1990). As Helena was tied to California for family reasons Alan took a position at the California Pacific Medical Centre in 1990 as Director of the Histocompatibility Laboratory. In 1994, he moved to Stanford University as Associate Professor of Pathology and Co-Director of the Histocompatibility Laboratory; but was to move again in 2000 to Richmond, Virginia as Assistant Director and Director of Research at the United Network for Organ Sharing (UNOS). His appointment as President of the American Society of Histocompatibility and Immunogenetics (ASHI) in 1999 was recognition of all his contributions in the field over many years.

Finally, in 2005 he retired and he and Helena moved back to California to a lovely town house on a lagoon in Foster City. Alan and Helena had many holidays together often on ocean cruises chosen not only for their destinations but also the provision of ball room dancing after dinner. Alan who had been an excellent tennis player took it up again on a regular basis playing for the Foster City team.

He will be sadly missed by so many in the field in many parts of the world. He leaves Helena, the love of his life, and many nieces and nephews, to whom he was devoted plus innumerable friends and colleagues.